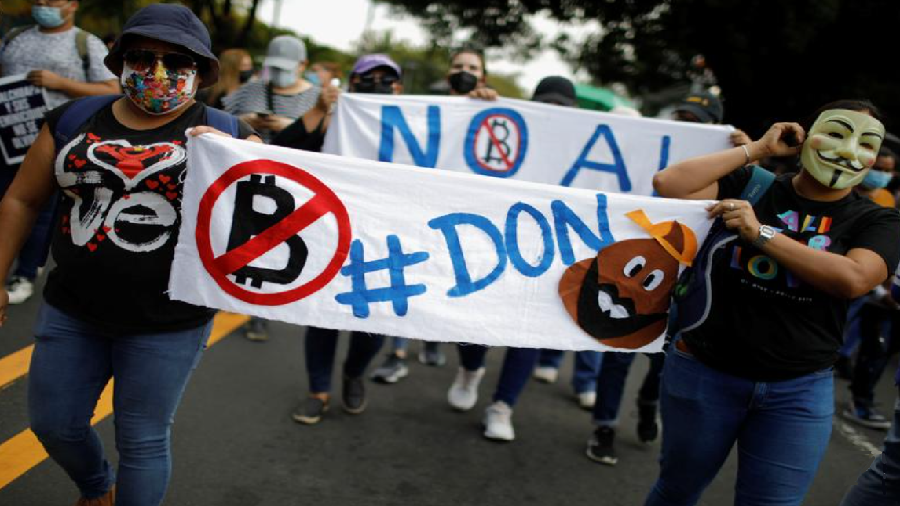 The Accounts Chamber of El Salvador received a request from the non-profit organization Cristosal to verify the legality of government purchases of bitcoins and allocate funds for the installation of cryptomats.

The investigation began after the human rights organization Cristosal filed a complaint with the Audit Chamber asking to reconsider the process of accepting bitcoins in El Salvador as legal tender. Cristosal claims that the introduction of payments in BTC was completely “unconstitutional” and the industry, payment infrastructure and the population of the country were not prepared.
The human rights organization stated that explanatory work was not carried out with the population and the fears of citizens were ignored, and the government made changes in the structure of the country’s monetary circulation hastily and without much discussion.

The complaint was filed in early September, amid technical problems with the deployment of the payment system, the fall in the value of BTC and massive protests by Salvadorans against the government’s decision to accept the asset. The human rights organization is demanding an audit of funds allocated by the government of El Salvador for the purchase of bitcoins and the construction of kiosks for installing cryptomats.

In addition, Cristosal asks the Chamber of Accounts to check the decision-making procedures for abuse of authority by officials of the Government of El Salvador and the Board of Directors of the Bitcoin Trust. Cristosal’s claim is directed directly against six members of the Bitcoin Trust, which is comprised of officials from the ministries of finance and economics and the secretariat of trade and investment.

“After accepting the complaint, we will start drawing up a legal analysis report and will promptly bring the report to the attention of the General Audit Coordination,” the Accounts Chamber said.

The Court of Auditors is an autonomous body that, in accordance with the El Salvadorian constitution, reviews government spending and budget transparency. In addition to imposing sanctions on officials, the Accounts Chamber is empowered to send notifications to the Prosecutor General’s Office to initiate criminal proceedings in case of violations in its investigations.

Who benefits from this?

In accepting bitcoin as legal tender, the El Salvadorian government is likely to have several goals. First, move away, at least partially, from the dollarization of the country’s economy and the influence of the United States. Since 2004, the national currency, the Salvadoran Colon, was completely withdrawn from circulation, and the country switched to the US dollar.

The next possible goal is tax replenishment of the budget by bringing out of the shadow business that uses “gray” settlement schemes. Further – the massive coverage of the entire population of the country by banking services so that they pay taxes on time.

Many Salvadorans emigrate to neighboring countries in search of work, but at the same time continue to help relatives who remain in the country. The total turnover of chargebacks is about $ 6 billion, while various commission intermediaries earn almost $ 400 million. The introduction of bitcoin as a means of payment allows cutting off these costs and introducing additional funds into the country’s financial infrastructure.

Presumably, the desire of the government of El Salvador to get out of the financial “tutelage” of the United States, coupled with the losses of intermediaries, which also affect the US banking business, became one of the reasons for the emergence of protest moods among the population.

The warring parties are interested in the project of the El Salvadorian government failing. Otherwise, other countries are ready to follow his example. It is noteworthy that the Salvadoran branch of the human rights organization Cristosal, which made a complaint against the government, also received American funding and a board of directors.

Charles Hoskinson: The Financial Innovation Act will open the way for “big bulls” to the crypto market
26/09/2022

Avichal Garg: “NFT will open the world of cryptocurrencies to billions of people”
20/09/2022